Another Terrible Idea In San Francisco…

Authored by Erica Sandberg via City-Journal.org,

As the United States continues its “pause,” shuttering businesses and public spaces in order to prevent transmission of the coronavirus, residents are compelled to shelter inside their homes. Meantime, those who live on the streets remain outside. San Francisco is well known for its persistent homeless population, made up heavily of drug addicts, the mentally ill, or both. For now, individuals congregate in tents and encampments and drug suppliers continue to deal.

Before Covid-19 struck, San Francisco officials took no meaningful action to address the squalid conditions under which so many homeless people live. They threw money at the problem, but the problem grew. Homeless activists and some city leaders have argued that living on the street is a right, but today it presents a serious public-health dilemma: how will officials get homeless people to comply with social-distancing requirements, and what should they do with those who’ve contracted the virus?

The city is working to set up the Moscone Center as a shelter, a sensible idea. An even better one would be to revive the recently closed California Pacific Medical Center hospital campus and erect MASH-style medical units. These would allow for closely monitored and efficient care. In fact, the city could use this as an opportunity to provide intensive integrated treatment, including substance-abuse services.

Instead, Mayor London Breed and the Human Services Agency came up with the plan to route over 3,000 people currently living in shelters and navigation centers into hotels. 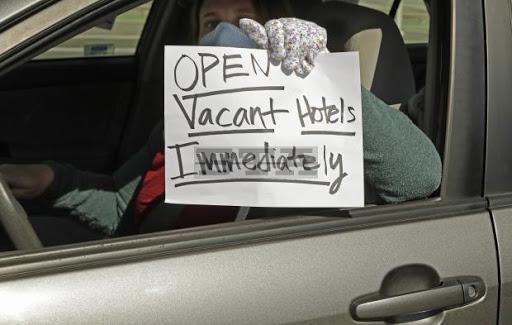 The city is planning to put thousands of physically and psychologically sick people into private hotel rooms, in some of the most luxurious hotels in San Francisco—the InterContinental, Mark Hopkins, and The Palace. Occupants would receive three meals per day, hygiene products, and access to nurses. 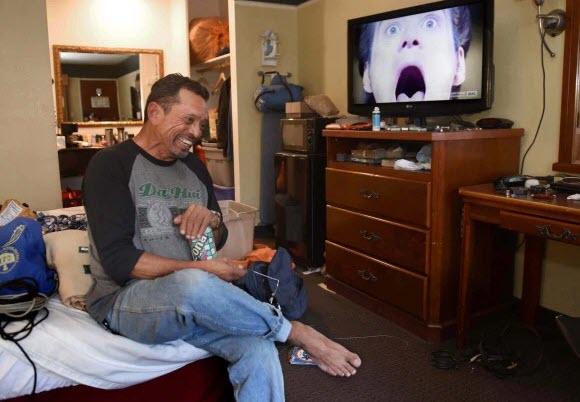 The shutdown has devastated the hospitality industry, and hotels stand empty. Filling rooms with guests of any kind is attractive for hotel owners, especially since tax dollars will foot nearly all of the bill.

According to Matt Haney, a city supervisor actively promoting the proposal, occupants would be quarantined to their assigned rooms and be required to follow strict rules. But many of these future luxury hotel guests are hardcore drug addicts. How will the city manage their drug needs in the midst of a pandemic?

Haney concedes that intravenous drug use presents a major challenge to the city’s plan. It’s likely, for instance, that many guests will overdose in their rooms.

Others may detox, alone and in agony. Providing addicts with access to maintenance medication such as Suboxone or methadone is a good idea, Haney says, yet these treatments require precise administration. No one has figured out the logistics of providing drug treatment to thousands of addicted residents who may not be interested in receiving it.

Additionally, if the hotels are quarantined, and drug dealers aren’t allowed in, what will prevent the contagious residents from leaving to score the substances they seek? As cravings intensify, violence may erupt that can put hotel staff and other occupants at risk. Armed security guards patrolling the halls and buildings might be required to keep the right people in and the wrong people out. Could the police be expected to maintain order and prevent antisocial drug addicts from leaving their rooms? Apparently the city will offer some type of case management, but there’s already a dearth of needed homeless services, including high-quality psychiatric care. Treating this service-resistant population is challenging under the best circumstances. “It’s not going to be a perfect system,” says Haney.

There’s also no exit plan. A four-month contract for the room occupants is being considered, but where all these people will go afterward is undetermined. California law stipulates that a person lodging in a hotel room for longer than 30 days is considered a tenant. Therefore, thousands of homeless people who have stayed in the posh hotels would become legal permanent residents, with protections against eviction.

Even Haney acknowledges the problem.

“The city should make it clear that they would not be considered tenants,” he says.

“It needs to be temporary. Once the emergency is over, they should leave.”

Yet sending people back onto the streets will surely be met with resistance from homeless-rights activists, some government officials, and the homeless themselves. Who would want to pack up and move from The Palace, after all?

Few of the city’s decision-makers are looking at the long-term effects of placing sick, drug-addicted homeless people into hotel rooms.

Once again, San Francisco is ignoring the law of unintended consequences.

Previous Article
“They Want Their Monies Out” – Baltimore Residents ‘Storm Bank’ Amid Fears Of Social Unrest
Next Article
Which US States Have The Most At-Risk Seniors?

Which US States Have The Most At-Risk Seniors?
Mark Hale April 6, 2020