Early on in the pandemic, I wrote about how governors can shutdown churches under the Constitution.  On Friday, the Supreme Court voted 5-4 along those lines to reject an emergency appeal from a California church over the imposition of limits on the size of attendance at services.  The church came close to prevailing. Chief Justice John Roberts joined his liberal colleagues in upholding what he said were limits that “appear consistent” with the First Amendment. The cost ruling is an indication of how courts are applying closer scrutiny to the treatment of churches as opposed to other institutions allowed to have greater numbers of people.

Last week, President Donald Trump has pledged that he will “override” state orders barring in-person religious services unless governors do so.  As I have previously noted, the President is claiming authority that is expressly denied to him in our system of federalism. While I have warned such deference given to the states wanes with time, any order to reopen churches in a given state will be based on the inherent authority of the courts, not the President.  The Administration can, and has promised, joined legal challenges to such state orders but it is not claiming the inherent authority of presidents to “override” state decisions.  The Justice Department has warned Newsom that his order is contravening constitutional rights.  However, now that the Supreme Court has ruled, any move by President Trump to “override” such orders would directly contravene the authority of the Supreme Court as the final arbiter of what the Constitution means in such conflicts. 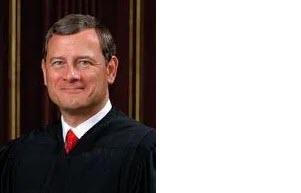 Roberts wrote in a brief opinion that the state could restrict churches to 25% of their capacity, with no more than 100 worshipers at a time. The court also rejected an appeal from two churches in the Chicago area that objected to Gov. Jay Pritzker’s limit of 10 worshipers at religious services.

In his concurrence, Roberts wrote:

“The precise question of when restrictions on particular social activities should be lifted during the pandemic is a dynamic and fact-intensive matter subject to reasonable disagreement. Our Constitution principally entrusts “[t]he safety and the health of the people” to the politically accountable officials of the States “to guard and protect.” Jacobson v. Massachusetts, 197 U. S. 11, 38 (1905). When those officials “undertake[ ] to act in areas fraught with medical and scientific uncertainties,” their latitude “must be especially broad.” Marshall v. United States, 414 U. S. 417, 427 (1974). Where those broad limits are not exceeded, they should not be subject to second-guessing by an “unelected federal judiciary,” which lacks the background, competence, and expertise to assess public health and is not accountable to the people.”

The Roberts decision is striking in fairly cursory treatment of the other options for the state given the obligation of the state to must show that the limits are “justified by a compelling governmental interest” and “narrowly tailored to advance that interest.” The sharp division shows, as we discussed earlier, how such deference to the states in a pandemic tends to wane with time. 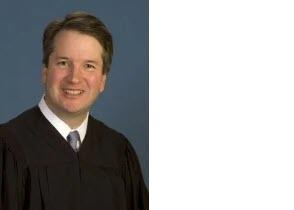 In his dissenting opinion, Justice Brett Kavanaugh wrote that the state had failed to satisfy the high standard for review in such limits on the free exercise of religion.

“California has ample options that would allow it to combat the spread of COVID–19 without discriminating against religion. … But absent a compelling justification (which the State has not offered), the State may not take a looser approach with, say, supermarkets, restaurants, factories, and offices while imposing stricter requirements on places of worship. The State also has substantial room to draw lines, especially in an emergency. But as relevant here, the Constitution imposes one key restriction on that line-drawing: The State may not discriminate against religion.

In sum, California’s 25% occupancy cap on religious worship services indisputably discriminates against religion, and such discrimination violates the First Amendment. The Church would suffer irreparable harm from not being able to hold services on Pentecost Sunday in a way that comparable secular businesses and persons can conduct their activities. I would therefore grant the Church’s request for a temporary injunction.”