You Can ‘Major’ In Social Justice At This Nearly $70,000/Year California College

Dominican University in California has added a new major, wholly focused on social justice that will begin accepting students in the fall.

The school created the major after a “growing number” of students became interested in social justice careers, according to a university news release. Dominican will be combining courses from its minors entitled “Performing Arts and Social Change” and “Community Action and Social Change” for the major.

Students who major in social justice will have the chance to “examine the links between well-being, social justice, and diverse worldviews.”

The major starts off with a class titled “Theory and Practice for Community Action and Social Change,” which “provides foundational frameworks for analyzing oppression, power, and privilege.”

Other courses that students can take range from “Prophets, Psalms, & Social Justice” to “Liberation Theologies.”

The new major is being funded in part by a $30,000 grant from the Wabash Center for Teaching and Learning in Religion. 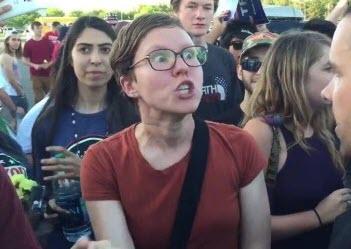 A spokesperson from the California Federation of College Republicans commented on the major to Campus Reform.

“While we feel this program is for psuedo-educational purposes and pushes a certain political agenda, students will be spending $67,385 each academic year ($269,540 after four years) on a bachelor’s degree in social justice,” the spokesperson said.

“The United States is on the precipice of our $1.5 trillion student loan debt bubble bursting; therefore, it is clearly not wise for students to take out nearly $300,000 in student loans just to study social justice.”

The $67,385 per year cost cited by the CFCR spokesperson includes tuition, room and board, books, and other fees.

Dominican University is not the first school to push social justice initiatives, as Campus Reform has reported.

Hamline University in Minnesota has a social justice major boasting classes like “gender politics” and “sexuality, gender identity, and the law.” Tuition for the 2019-2020 academic year at that school is $41,734.

The University of Michigan took the issue further and opened up an entire “social justice-themed” high school where UMich grad students will have the opportunity to teach.