A recently unearthed clip from 2015 featuring Mike Bloomberg defending “stop and frisk” has gone viral, after podcaster Benjamin Dixon unearthed audio of the former three-term NYC mayor telling the Aspen Institute that the program targeted minority “kids” who must be thrown “up against the wall” in order to disarm them.

The Aspen Institute says that Bloomberg representatives begged them not to distribute footage of his appearance at the time. 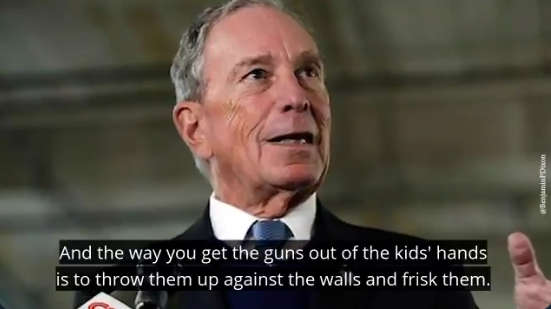 “Ninety-five percent of murders- murderers and murder victims fit one M.O. You can just take a description, Xerox it, and pass it out to all the cops,” said Bloomberg. “They are male, minorities, 16-25. That’s true in New York, that’s true in virtually every city (inaudible). And that’s where the real crime is. You’ve got to get the guns out of the hands of people that are getting killed.”

Bloomberg then said that urban crime-fighting requires that cities “spend the money” to “put a lot of cops on the streets,” which explains why minorities are targeted more heavily for petty crimes.

“So one of the unintended consequences is people say, ‘Oh my God, you are arresting kids for marijuana that are all minorities.’ Yes, that’s true. Why? Because we put all the cops in minority neighborhoods,” Bloomberg is heard saying on the recording. “Yes, that’s true. Why do we do it? Because that’s where all the crime is. And the way you get the guns out of the kids’ hands is to throw them up against the wall and frisk them… And then they start… ‘Oh I don’t want to get caught.’ So they don’t bring the gun. They still have a gun, but they leave it at home.”

This is disgusting. Every cable news show should be leading with and discussing this today. https://t.co/KCnA3EHq2U

Have you heard of the 4th Amendment?

That is how an oligarch governs https://t.co/uhUHpaJuxI

In 2013 Bloomberg said he thought “we disproportionately stop whites too much and minorities too little.”

Mike Bloomberg defending Stop-and-Frisk in 2013: “I think we disproportionately stop whites too much and minorities too little.” pic.twitter.com/KpdKgUALsL

Reactions to the clip on the left do not bode well for the Democratic presidential candidate.

This is horrible as hell! 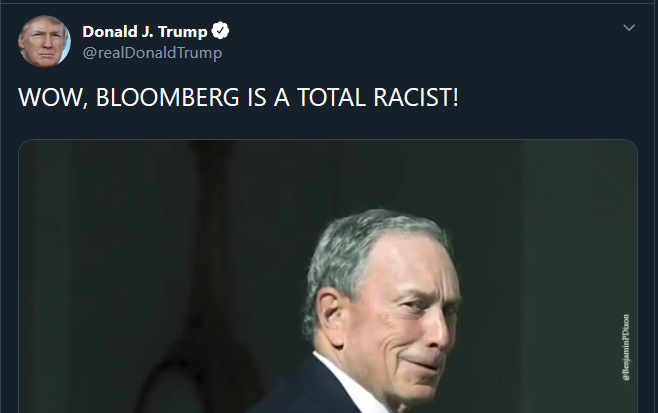 Meanwhile, a clip of former South Bend Mayor Pete Buttigieg (D) confusing ‘dark money’ with ‘black money’ and then awkwardly going with it is a must-see.

WATCH: Pete Buttigieg refers to dark money as “black money” in a room full of black people, catches himself, gets called on it, and manages to swiftly make things worse.

Pete may become the first candidate to ever poll in the negative with black voters. pic.twitter.com/vzMwSakpTH