San Francisco police are investigating death threats against conservative radio host Michael Savage, which he says are the most “profane and twisted” he’s ever received, according to Breitbart‘s Josh Caplan.

SAVAGE THREATENED WITH COVID CONTAMINATION AND CAR WRECK-ANYONE KNOW WHO SENT THIS?

The email, sent via Guerrilla Mail – a service where received emails are deleted after one hour, is far more explicit, and contains violent, antisemitic murder fantasies against Savage as well as President Trump and his family.

In a telephone interview with Breitbart News, Savage said an anonymous individual replied to his appeal for information on July 13, emailing a death threat containing antisemitic, violent, and sexually explicit content. The email also contained threatening language directed at President Donald Trump and his children.

Asked if he was concerned for his safety, Savage said that while threats are par for the course if you’re a high-profile conservative in the media, he’s never received such a profane and twisted note in his over two decades in radio. –Breitbart

WOULD YOU JUST SHUT THE FUCK UP you fascist pig jew. We havent forgotten bout you jew. You thought we were gone but no we been watching and you been sloppy I know you been back to Aliotos jew you think I forgot about it noo I was going to send some ricin there or leave a bomb under a table but I need to get you FIRST and dont think I forgot them either. Im going to get you I SWEAR i am going to get you your done

Im goin to make you hurt jew the way your fascist orange tiny dicked criminal imposter in the white house does all the kids he keeps in cages. Im going to come up behind you and shoot in the back so you cant move arms and pig legs and then while you are laid out screaming in the dirt Im gonn grab you by that hair and smash your skull against that concrete over and over while you scream until you stop jew and empty your skull on the pavement. We’ll get your dogs and wife too set them on fire to atone for your hate. Your days are over fucker just weight and our people are going to get Trump and his daughter and kids to just wait and see they will never be safe we will jump when they least expect and catch it all on video for the world. peopple will CELEBRATE they death to just wait. but i just cant wait to watch you die and  shut that big mouth FOR GOOD

According to Savage, San Francisco detectives have notified the US Secret Service of the threats to Trump and his family, while Savage told Breitbart that he’s personally notified members of Trump’s “inner circle” of the threat.

Savage, whose nationally syndicated talk show boasts more than 7.5 million listeners across 400 stations, told Breitbart that he hasn’t been to Alitos since it’s been closed due to the COVID-19 pandemic, while he’s been avoiding “the Sicilian-influenced seafood eatery for over nine months” following a heart attack.

“Alioto’s has been closed since Covid struck,” said Savage, adding “It’s been open for over 90 years and been through two world wars, though it may not survive California Gov. Gavin Newsom’s lockdowns.”

“This is nothing new,” Savage said of the threats. “Hitler used some of the sickest people in Germany to kill Jews. There are legions of people attacking people, just look at the protests we see today. They are turning the country into a burning cinder.”

“First, they go for the free speakers, then the First Amendment and on to the Second Amendment,” he added. “It doesn’t happen overnight. The key is to silence the opposition akin to insurgencies like we saw in South Vietnam during the war.” 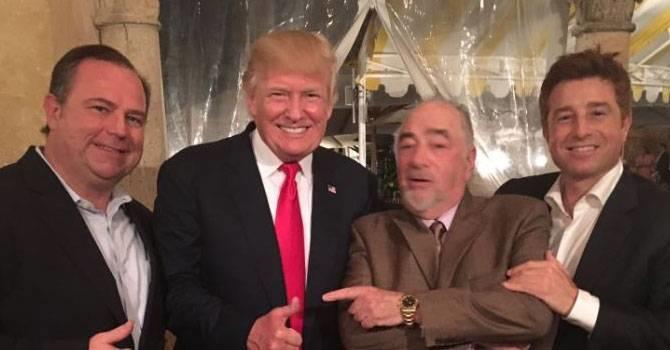 This isn’t the fist time Savage has been targeted. In 2017, a man allegedly followed him out of Servino’s Italian restaurant in Tiburon, California, shoved his dog, and shouted something at the radio host dubbed the “Godfather of Trumpmania.” Another customer who intervened was punched in the face by Savage’s alleged assailant, according to the Mercury News. Both men claimed the other started it.