WATCH: At the end of President Trump's State of the Union address, House Speaker Nancy Pelosi tears up her copy of the speech. #SOTU pic.twitter.com/sDEkNBD0DW

Do not lose Nancy Pelosi's point. She is clapping back at Trump for his call to an end to "revenge politics." pic.twitter.com/tZNCFGkjq8

… and one failed impeachment later, Trump returned the favor and snubbed Pelosi’s handshake as he took the stage at today’s SOTU address.

House Speaker Nancy Pelosi is snubbed by Pres. Trump when she reaches out to shake his hand.pic.twitter.com/isM0R5zkvv 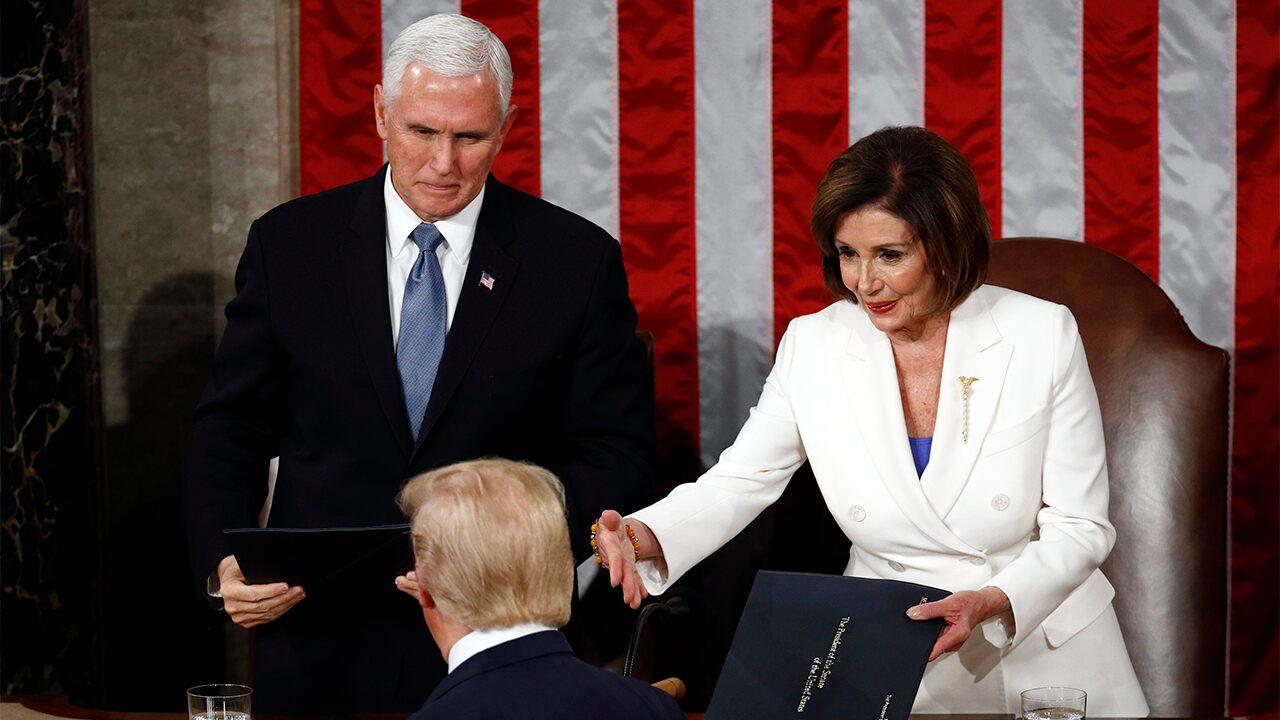 Still, Trump will have the final laugh: in less than 24 hours the Senate will vote to acquit Trump of the impeachment farce passed by Pelosi’s House a few weeks ago, a process Pelosi herself did not want to pursue afraid that it would backfire and cripple the chances of the establishment’s favorite candidate, Joe Biden, but was ultimately was forced to concede by the radical left-wing in the Democratic party.

In retrospect, she should have gone with her gut feeling.

Previous Article
When Pelosi Ripped Trump’s Speech In Half, Was It A Harbinger Of What Is About To Happen To America During This Election?
Next Article
Unraveling California’s Quick, But Complete Demise