The arrival of helicopter money in the form of two $1,000 checks to most Americans is the government’s acknowledgment that the economy crashed, and upwards of 30 million people could be unemployed due to the Covid-19 outbreak shutting down cities and towns across America.

A new NPR/PBS NewsHour/Marist poll has shown that 1 in 5 households have already experienced a layoff or reduction in work hours thanks to social distancing measures enforced by the government that is grinding local economies to a halt.

People across the country are staying home, avoiding large crowds, and ordering food on Amazon, as the fast-spreading virus is rapidly infecting people in New York, Washington state, and California. Confirmed cases have now been recorded in all 50 states.

The federal government missed containment windows to implement social distancing policies by nearly a month, and this means cases are likely to be exponential in the days or weeks ahead. Deaths have stayed low at this point because ICU treatment capacity at major hospitals has yet to be overwhelmed, but when they do, America could be the next Italy.

Bill Gates said on Wednesday that virus shutdowns could last upwards of ten weeks. The most affected industries have so far been restaurants, bars, hotels, casinos, cruise ships, and airlines, but as we noted last week, the ripple effect has collapsed the entire gig and service economy.

The poll was conducted on March 13-14, shows layoffs and reduced hours had already hit 18% of households. Lower-income households were hit the hardest, at least a quarter of them were making $50,000 per year had the most hours cut or experienced the most significant amount of job losses. It also showed a third of households had at least one person who had a significant change in work routine associated with the virus impact. College students were the most susceptible to job disruption.

Most of the jobs that experienced reduced hours or have been entirely cut have been blue-collar and service or retail jobs, which cannot be conducted remotely.

We noted last week that the virus crisis was expected to crash the gig and service economy. With more than 50 million Americans, or about 44% of all US workers, aged 18-64, are considered low-wage and low-skilled, have insurmountable debts (with limited savings), including auto, student, and credit card debts, are working in the gig-economy via side hustles and are most vulnerable to job losses as Covid-19 has likely triggered the next recession.

What’s about to happen next could be absolutely terrifying, as Treasury Secretary Steve Mnuchin warned the US unemployment rate could spike to a stunning 20% without stimulus directed at businesses and households. 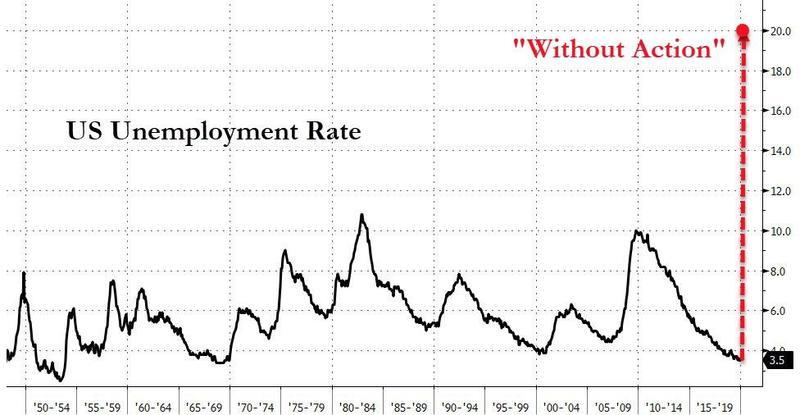 With a total labor force of around 160 million, this would mean virus-related impacts on the gig and service economy could lead to a sudden spike to over 30 million unemployed without policy action. 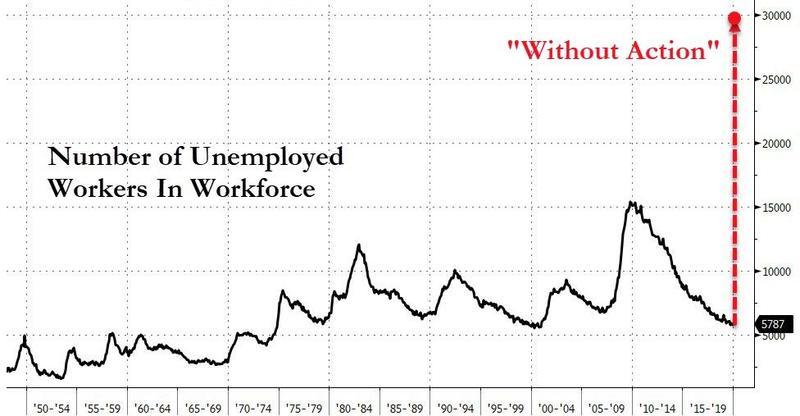 Those are depression-era levels of job losses… which is prompting the Trump administration to resort to helicopter money. 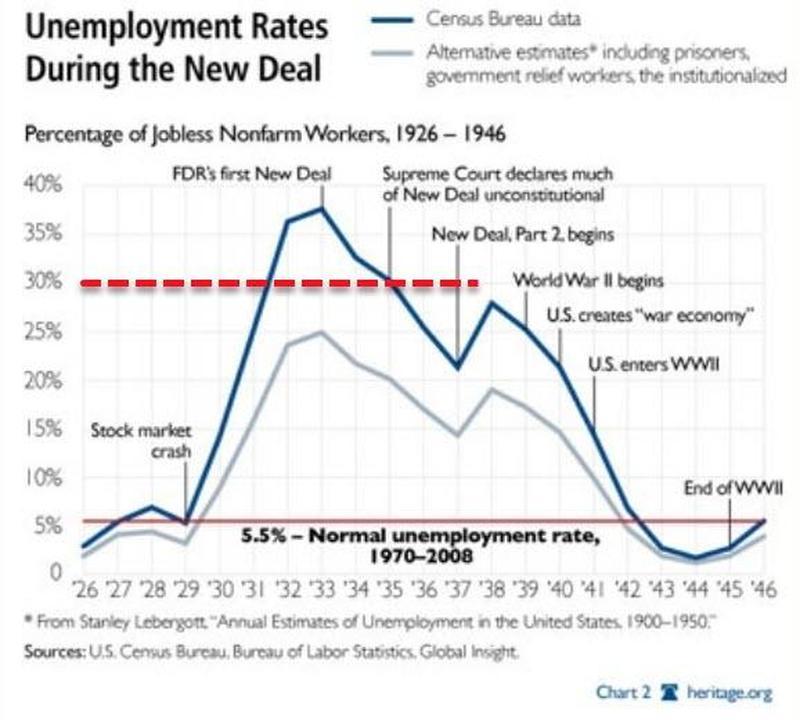 New York’s unemployment claims website crashed earlier this week, search trends for “unemployment benefits” surged across the country as well, as chief economist of a multi-billion macro hedge fund said that they are now modeling approximately 10 million job losses over the next two to three months.

Maybe the real reason why the National Guard is being deployed across the country is the possibility that a Covid-19 pandemic could lead to social destabilization as millions lose their jobs and supermarkets run out of food. Who would’ve thought America is transforming into the next Venezuela?