Authored by Mike Shedlock via MishTalk, 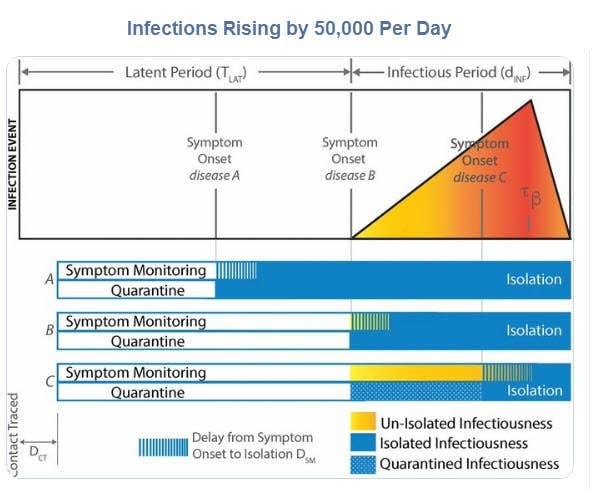 The 61 infected on the cruise ship in Japan is NOT in this data.

Japan will not add arguing the countries should add their nationals to their country totals (several are US citizens). This will not.

To date no infections on the continent of Africa have been reported. Why?

Only today, February 7, did anyone on the continent actually get a testing kits to look for infected people.

What will this number be in two weeks? https://t.co/4yoWJmNRlc

People are still comparing this outbreak with the flu.

60 million people are locked up in China, in their homes. One person is allowed out every three days.

For comparison purposes, the state of california has about 40 million people. Illinois has 13 million. Michigan has 10 million.

So imagine everyone in CA, IL, and MI being locked in their houses, unable to leave other than to buy groceries every three days.

And if you think the reported death count is accurate given 60 million lockups with infections growing by 50,000 per day, you need to think again.

Yesterday, I commented China in State of Panic as Coronavirus Death Toll Rises

Also imagine taking temperatures with a thermometer and spreading the virus by mouth to everyone, in a foolish attempt to determine who doesn't have it. https://t.co/j0e2DXL2vr

China is forcing people into quarantine camps, restricting movement, locking people in their homes (literally), demanding daily temperatures updates from everyone, and now bitching about about travel restrictions of other countries.

Unfortunately, things look to get worse for at least a few more weeks.

Previous Article
“Moments Of Triggering”: Rashida Tlaib Explains Why She And Ilhan Omar Held Hands During The State Of The Union
Next Article
Biden Loses It Again on the Campaign Trail